‘When people start writing they think they’ve got to write something definitive . . . I think that is fatal. The mood to write in is ‘This is quite an interesting story I’ve got to tell. I hope someone will be interested. Anyway it’s the best I can do for the present.’ If one adopts that line one gets over it and does it.’
(Dr John Bowlby in Hunter 1991)[i] For several years I have been running a four week programme in Adolescent Mental Health  for UCL Medical  students.   A while ago, I began to view my task as not only to teach them about child development and mental health, but also give them a flavour of some of the history of the Tavistock. I quickly realised that there is no better place to start than Attachment, as it captures their imaginations with its blend of psychoanalysis, systems theory, cognitive science and ethology. They grasp its fundamental concepts with relative ease and it makes sense, based on their own experience. Whilst several have already heard the term attachment, and of the concepts of security, surprisingly few know the names of its founders John Bowlby and Mary Ainsworth, or that they worked at the Tavistock. The origins of the theory of course predate Bowlby’s time here. As a young man, prior to embarking on his own undergraduate training in medicine, he worked at Priory Gate, a school for maladjusted children[ii]. It sensitised him to the profound influence of early family experience on personality development, and he later cited it as a formative experience ‘… when I was there I learned everything that I have known; it was the most valuable six months of my life, really’[iii].  Bowlby was encouraged to  pursue training in psychoanalysis alongside his medical and psychiatric training. Through this, he had contact with first Joan Riviere and then Melanie Klein herself[iv], and gained a grounding in object relations, which was to prove influential in the formulation of his own theory.  Subsequently, working as a trainee in Child Psychiatry at the London Child Guidance Clinic in the 1930s, he conducted a detailed examination of the case notes of a series of forty four young men presenting with conduct issues, elucidating a link between delinquency in adolescence and early maternal separation and loss[v]. 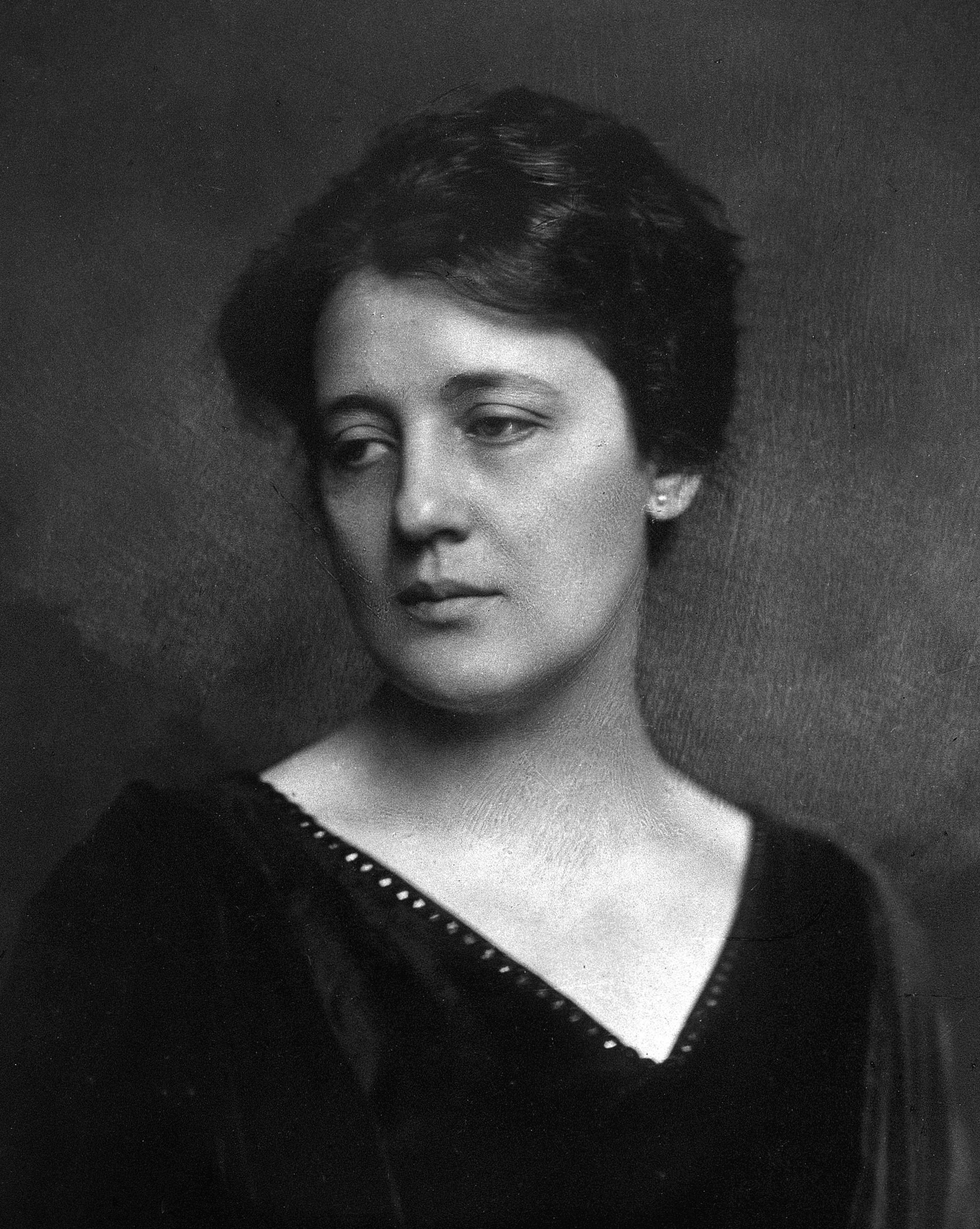 During World War II, Bowlby was recruited by the then director of the Tavistock Clinic, JR Rees as part of a team to work on the Officer Selection Board (WOSB), devising tests to select candidates for officer training[vi]. Here he came into contact with a number of the clinic’s luminaries at the time including Wilfred Bion. Crucially, he was thus drawn within the Tavistock’s orbit, an event which I would argue was critical for the development of attachment theory.  In 1940 he had presented a paper to the British Psychoanalytic Society, claiming in a horticultural metaphor that “ it is as important for analysts to study the early environment, as it is for a nurseryman to make a scientific study of the soil”[vii]. As he developed his ideas over the ensuing years, it became clear that the soil amongst his fellow psychoanalysts at the time was not always hospitable. Indeed, some of them were openly hostile[viii] Bowlby was to find more nurturing ground at the Tavistock. His appointment as a member of the senior staff of the clinic after the war, provided him with a safe base from which to explore his interest in evolutionary theory and ethology, and develop the theoretical basis of attachment[ix]. He was inspired by Harry Harlow’s work which demonstrated that  infant monkeys seek out contact from a cloth mother-substitute in preference to a ‘wire mother’ which provides milk but no comfort[x]. He was also hugely influenced by Konrad Lorenz’s work on imprinting , which demonstrated that some species of animal are born primed form an attachment to the first large moving object they meet[xi]. Bowlby met Lorenz several times in the 1950’s for academic discussions, and through him was introduced to a young ornithologist and later primatologist Robert Hinde. Bowlby was so impressed by this rising star of the ethology field that he  invited him to join the weekly meetings at the Tavistock Clinic (at that time based at Beaumont Street)  where theorists with wildly diverging views discussed case histories. Attendees included Freudian and Kleinian analysts, Hullian and Skinnerian learning theorists, a Piagetian, psychiatric social workers, and an antipsychiatrist[xii]. Hinde later referred to the excitement of these seminars which he described as a personally important scientific experience[xiii]. For Bowlby, ethology was the spark that ignited a scientific revolution[xiv],  reconceptualising the nature  of the affectional bonds between caregiver and infant, in terms of the result of an instinctual drive providing the protection essential for survival. Importantly, the Tavistock also provided Bowlby with the opportunity to investigate and test the validity of his ideas. Invited to take over the Children’s Department in 1946, he had great influence on clinical work in terms of a greater emphasis on the role of the environment, and involvement of parents in work with troubled children[xv]. Indeed, he subsequently renamed it the Department for Children and Parents.  He also set up a research department studying the impact of mother child separation. Alongside his vision, Bowlby had a talent for spotting and nurturing talent. He collaborated with James Robertson on a study of the effects of separation on hospitalised children[xvi]. I remember watching the Robertson’s short film ‘A two year old goes to hospital’[xvii] with fellow psychiatry trainees several decades later, and it remains profoundly affecting. A scene from ‘A two year old goes to hospital’

Mary Ainsworth, recognised as the co-founder of attachment theory and research, was originally one of Bowlby’s research students at the Tavistock.  She provided much of its empirical base, detailing the evolution of the attachment system through her subsequent work study Gandan mothers and infants[xviii]. This work also highlighted the  role of maternal sensitivity in the infants’ sense of security and exploration of the world. Ainsworth’s development of the Strange Situation test assessing the quality of infant-mother attachment was a huge contribution[xix]. It laid the foundations for the categories of secure, avoidant and anxious/resistant attachment patterns, which have been the basis of decades of Attachment research and remain part of the lingua franca amongst CAMHS professionals of different disciplines to this day. Whilst Ainsworth completed this work after returning to the USA at the Johns Hopkins University, Baltimore, the ongoing dialogue between Bowlby and Ainsworth enabled him to publish his Attachment trilogy. Much of this magnum opus may have been written in a room he rented in the Fitzjohn’s wing after retiring from clinical work. The field of Attachment has since rapidly expanded. Mary Main, originally a student of Ainsworth led a further quantum leap in the field, researching the application of attachment theory to adults, and along with Carol George and Nancy Kaplan developing the Adult Attachment interview[xx]. Further research has studied the long term effects of children’s attachment on socioemotional development across the lifespan[xxi]. Peter Fonagy and colleagues have developed concepts of reflexive functioning[xxii] and mentalising, which not only elaborate mechanisms of intergenerational transmission of attachment, but have spawned a whole therapeutic approach, Mentalisation Based Therapy[xxiii].   A conference held at the Tavistock in 2007i celebrating Bowlby’s legacy at his centenary included contributions from the clinical fields of child psychotherapyvi Adult psychotherapy[xxiv] and Couple therapy[xxv]. Attachment theory and practice has continued to occupy an important strand in the thinking and the work of the Tavistock and Portman. Sebastian Kraemer, formerly training programme Director of Child and Adolescent Psychiatry here, has been a ‘keeper of the meaning’[xxvi] for what he describes as child development’s  ‘paradigm shift’, writing extensively on the subject over the last few decades [xxvii] His engaging talks to child psychiatry trainees are usually accompanied by a fantastic photograph of himself as a Specialist Registrar attending one of Bowlby’s academic seminars in SR1 of the Tavistock in around 1977. It’s a striking symbol of the intergenerational transmission of ideas within our organisation. In 1996, along with fellow politically engaged Child and Adolescent Psychiatrist Jane Roberts, Sebastian organised a conference at the Tavistock exploring attachment’s implications for social policy[xxviii].  It featured  a number of distinguished figures in British public and intellectual life, two of whom (Tessa Jowell and Mo Mowlam) later became Cabinet Ministers in the 1997 Labour government.  A year later Tessa Jowell launched the Sure Start programme which, based on sound attachment principles, aimed to give children the best start in life through improvement of childcare, early education, health and family support, with an emphasis on outreach and community development[xxix]. Some twenty one years later in 2018, I was delighted that both Sebastian and Jane accepted my invitation to speak at a conference on ‘Attachment and Child Psychiatry’ for trainees in the discipline across London. 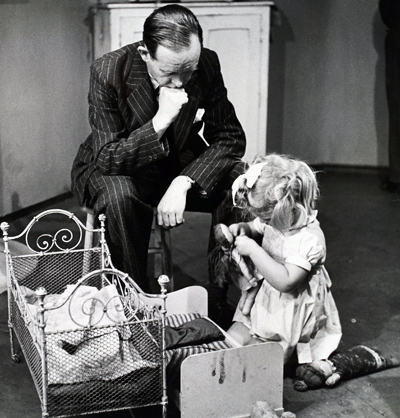 Other Tavistock staff , past and present, of different professional backgrounds have written and researched  theoretical aspects and clinical applications.  Matthew Patrick and Peter Hobson used the Adult Attachment interview on mothers with borderline personality disorder, identifying the often disrupted, disorientated and fearful nature of the communication between many of these women  and their infants[xxx].  Patrick and colleagues proposed the development of the Adult Attachment categories to include Hostile-helpless states of mind [xxxi]. Graham Music has explored attachment implications for child psychotherapy[xxxii], as well as finding links between neuroscience, psychoanalysis and attachment in the Bowlbian polymathic tradition[xxxiii]. Judith Trowell has reflected on attachment informed treatment in maltreated children and young people, whilst my colleague Nancy Sheppard  and I drew on attachment principles in understanding the relationships of individuals with intellectual disability[xxxiv]. Emma Kennedy and colleagues have invoked attachment to illuminate the nature of the supervisory relationship in the training of Educational Psychologists.[xxxv] Psychiatrists Jessica Yakeley and Andrew Williams from the Portman Clinic have conceptualised antisocial personality disorder as a disorder of attachment[xxxvi], and have researched the role of Mentalisation Based therapy in its treatment.  Attachment is also part of the fabric of day to day clinical work at the Tavistock. Interventions such as Video-intervention to promote positive parenting and sensitive discipline (VIPP-SD) are provided as of the parent child work offered in services such as the Whole Family Team and Family Drug And Alcohol Court services.

At the same time, attachment does not hold a hegemony at Belsize Lane, but remains very much in dialogue with the psychoanalytic, systemic, cognitive, and biological perspectives from which it was derived. Indeed, it was this rich multidisciplinary culture in which differing positions and the tensions between them can be tolerated, held and contained, which enabled the Tavistock to play an essential role in the development of attachment theory itself. It is a culture still sets the Tavistock apart 100 years after its inception. In essence, the story of Attachment and the Tavistock is a story of how creativity and innovation can be nurtured and fostered. Of how a very particular environment  can enable individuals, groups and ideas to flourish[xxxvii].  It illustrates the power of theory, research, practice and teaching operating in concert.  More than any one theory, surely this is the most important story for trainees of all disciplines coming to the Tavistock, and indeed all of us. With thanks as ever to Sebastian Kraemer for his encouragement and comments on an earlier draft. All errors and omissions are entirely mine.

[vii] Bowlby, J. (1940). The influence of early environment in the development of neurosis and neurotic character. The International Journal of Psychoanalysis, 21, 154-158

[ix] Holmes, J. (2001). The search for the secure base: Attachment theory and psychotherapy. London: Routledge

[xxiv] Holmes, J. (2001). The search for the secure base: Attachment theory and psychotherapy. London: Routledge

A short history of group relations at the Tavistock